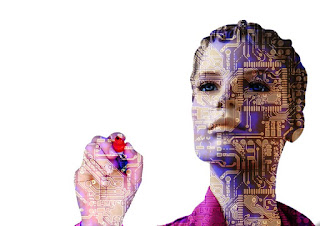 "The development of full artificial intelligence could spell the end of the human race."  — Stephen Hawking [1]


The time when computers came into existence, people feared that it would take away their jobs. But the reality was completely opposite. It created more jobs and everything was back to its place. As the world moves on, our life should get better and better. Technology is progressing at a faster pace than we could ever think. Research and development work is helping mankind to eradicate many diseases. Many AI systems have been developed which surpasses humans in their own field. For example, it can predict brain tumor 21% more accurately than radiologist [2]. It is also said that AI will be mankind’s last invention [3]. And then there will be AI, inventing new systems for us. When it is self-aware, it’s going to take over humans completely. This is possible in next couple of decades. Research in AI is rapidly increasing and billions of dollars are poured into it. Jobs which are repetitive in nature are definitely going to be replaced in next two years or so.


In this era, adapting to changes is very important. Otherwise you are easily replaceable. Settling in life is no more exciting now. Even the successful people are constantly trying to improve themselves daily. Skills, in different domains, is getting popular nowadays. Learning to master how to grasp new things is way more important for survival. Era has begun where survival of the fittest is guaranteed.


Although the fear of AI is getting hyped, it’s not going to rule over us. Replacing some jobs is improbable by robots as of now. Humans together with AI systems can build a better world. Because there are some areas where humans lack the capability for example in nanotechnology. AI system can do robust research in it. We cannot imagine the profound effect of nano technology in different fields. This can alone generate more opportunities for humans to explore.


Development of intelligent machines can help us to focus on those areas where humans intelligent is essential. So the fear of AI is avertable only when we understand the opportunities it can generate. Researchers all around the world are trying to use AI tools in collaborative fashion for human benefits and not to replace us. We need to focus on evolution of workforce where AI systems augment humans to carry out the task efficiently.

Popular posts from this blog

Data — Fuel for our future

From the very beginning of Human civilization, even the Earth or more generally, the Universe itself, data has been generated. It is all around us. While the data beyond life is more abstract and closer to what only a physicist would understand, but we all can, undeniably, comprehend the importance of data in the formation of life. DNA (Deoxyribose Nucleic Acid), if I have to compare it to something, I would in a jiffy utter “A data center”. This “data center” contains the information that defines life, gives us our characteristic look and what not? Although our DNA is quite complex and large, we can store all the data in an average CD. Now the question arises, if a data …
1 comment
Read more